你的位置：ww12345678 的部落格 | AX Helper > 网络文摘 > Dynamics 365 财务和运营 认证考试 / Dynamics 365 for Finance and Operations Certification Exams
Microsoft finally has new certification exams out. There are new ones that are usually released without any major announcement or fanfare. You basically have to keep your eyes peeled on their official list to see new ones when they come out.
If you are using Dynamics 365 for Finance and Operations Enterprise Edition, you probably noticed there weren't any certifications for that. Microsoft had plenty for the other D365 exams, but nothing for FOEE.
Here is the official list. Check it often!
https://www.microsoft.com/en-us/learning/exam-list.aspx
currently, these are the exams out there: 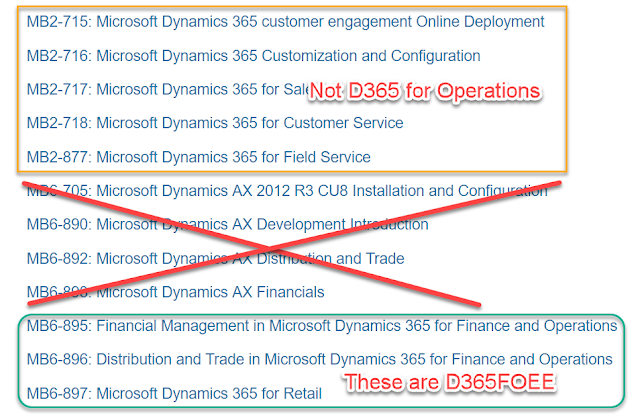