你的位置：ww12345678 的部落格 | AX Helper > 网络文摘 > AX POS Permission Groups and Leading Zeros – Solved!
In my previous blog post, AX Modern POS Retail Channel Reports missing and setup, I discussed an issue I hit where I would go into the Retail Channel Report Configuration form and setup permission groups. These groups would immediately not save the values in the form. The form field is a multi-select field so it won't save invalid values.

The values were invalid as the leading zeros in the POS Permission group were being dropped by the code in Figure 2 below. Changing these names to something other than a value with a leading zero fixed the issue (Figure 1). 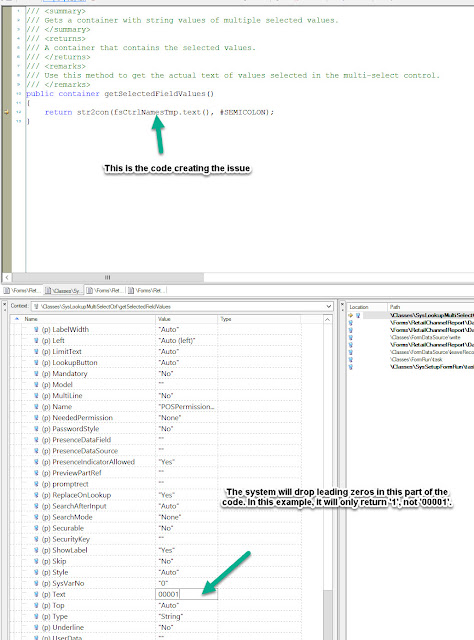